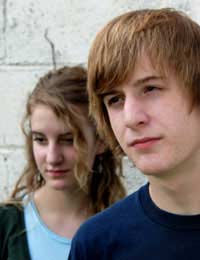 Part of obtaining effective treatment for depression involves understanding and identifying the causes of depression. One important consideration is whether or not depression has a genetic basis. Your genes determine various things about you such as eye and hair colour but they also influence which medical conditions you may be more susceptible to during your life. Questions that researchers are asking include:

Is There A Depression Gene?

At the same time, just because a person inherits a gene that increases susceptibility to depression, does not necessarily mean that he or she will definitely develop a depressive illness. The genetics of depression indicate that it is more likely a person's genes that, when coupled with areas such as lifestyle and traumatic events, predispose someone to depression. Therefore, you should focus on the things you can change right now and consider making lifestyle adjustments to handle stress.

You can keep abreast of new developments regarding research into genetics and depression, but you should still look after yourself and try to seek support as needed, rather than letting distressing events escalate. If you have suffered from a recent traumatic event, obtaining early treatment can help you if you already have a genetic predisposition to depression. Genetics are only one part of the story, and by maintaining a healthy lifestyle and obtaining psychological support as soon as you need it, you can help to prevent the symptoms of depression.

How Can Your Reduce The Risk of Depression?
Share Your Story, Join the Discussion or Seek Advice..
Ive been on flouxotine for approx. 3 years now and in last 4 months my doctor increased my dose from 1 - 2 tablets per day.I'm noticing that despite taking my tablets I'm still have those dark clouds coming over me!I'm tearful, piling on the weight, lost interest in everything, aches and pains which I thinking is from a car crash 18 months ago!is there other medication?I don't want to go to the doctors and get upset!
Smileagain - 3-Nov-16 @ 11:11 PM
Title:
(never shown)
Firstname:
(never shown)
Surname:
(never shown)
Email:
(never shown)
Nickname:
(shown)
Comment:
Validate: