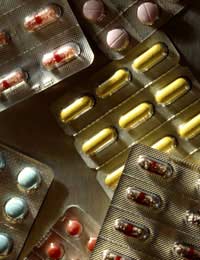 How Do Antidepressants Generally Work?

Tricyclic antidepressants increase the amount of serotonin and noradrenaline in the brain, which can help to improve mood. Tricyclics can also influence another brain chemical known as acetylcholine, and this is one reason for the side effects of tricyclics. They are a commonly prescribed antidepressant and can also help with anxiety. Examples of tricyclics are amitriptyline, lofepramine, protriptyline and doxepin.

MAOIs are one of the older classes of antidepressants and are usually more likely to be used when a newer class is not effective. They tend to be used less frequently because they cause more side effects, particularly severe ones. Neurotransmitters such as noradrenaline and serotonin, also known as 'monoamines,' are altered by MAOIs. Basically, when depression is present, there can be a decrease in monoamines released from cells in the brain. An enzyme called monoamine oxidase breaks down monoamines. MAOIs work by blocking monoamine oxidase from breaking down the monoamines, so the amount of monoamines in the brain therefore increases. Examples of MAOIs are phenelzine and tranylcypromine.

SSRIs appear to treat the symptoms of depression by preventing the reuptake of serotonin by the brain's nerve cells. This results in a surge of serotonin available to the brain, which then improves the transmission of nerve impulses and enhances mood and emotions. The name of this antidepressant class is due to the selectivity of the drug's actions. SSRIs appear to primarily influence serotonin rather than other neurotransmitters. Examples of SSRIs are fluoxetine, paroxetine and citalopram.

SNRIs block the reuptake of both serotonin and noradrenaline, which serves to increase the actions of these neurotransmitters. SNRIs tend to result in less nausea and anxiety than some of the other antidepressants but they do have noticeable sedative effects so caution must be taken when driving. Examples of SNRIs are venlaxafine and duloxetine.

NDRIs are a type of antidepressant medication that improves levels of both noradrenaline and dopamine by inhibiting their reuptake into nerve cells. Although it is not known exactly how this antidepressant class works, it's believed that increased levels of the neurotransmitters enhances mood. One NDRI that may be prescribed is buproprian. Buproprian is less likely to result in the typical sexual dysfunction side effects that other antidepressants may cause.

Combined reuptake inhibitors and receptor blockers are antidepressants that have a dual action mechanism. Therefore, they affect brain cells in two different ways: in the first, they inhibit the reuptake of neurotransmitters into cells and in the second, they block nerve cell receptors. The result is that there is a greater availability of neurotransmitters to the brain, and mood is improved. Examples of these drugs are trazodone, efazodone and maprotiline.

The choice of antidepressants available to treat depression is broad and your doctor will discuss the different options available as well as select the most appropriate one for use. If you have any confusion regarding side effects, be sure to ask questions and ensure that you are clear on how your antidepressant works as well as any cautions that may be present. Hopefully, your antidepressant treatment can alleviate your symptoms of depression and get you feeling back to your usual self.