Home > Self Management > How Self Help Books Can Worsen Depression

How Self Help Books Can Worsen Depression 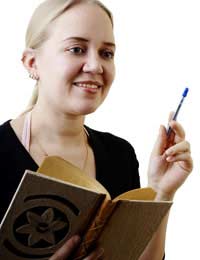 Self-help books are more popular than ever. Those at risk of depression might find them particularly appealing, often because the books promise to help relieve many of the feelings associated with depression – such as low self-esteem or sadness.

It might seem that these kinds of books can work for some people and indeed that may be the case. But can they also harm people who are at risk of depression? According to a very recent study, this may be the case.

In a recent study, researchers looked at how self -help books worked – or didn't work – for ruminators. These people are the ones who spend their time mulling over what may have caused their depression and what can happen from their low moods.

One third of the students devoted four weeks to a traditional self-help book that uses cognitive-behavioural therapy, a commonly used therapy for depression that is dominant in self-help books. A second group of the students used a cognitive-behavioural therapy that was less traditional where they identified and challenged negative ways of thinking. The third group used a book that involved academic skills such as time-management and memory skills.

The results showed that students who ruminated – mulling over the causes and consequences of depression – had increased stress and those who followed the traditional book had more symptoms of depression than those using the other methods. Four months later, this group still had more symptoms of depression than the other two groups. Those students who were very stressed and high ruminating fared the worse within that group as well. The results are ironic in that it is those who suffer the most who we would hope and expect would benefit the most from these self-help books, particularly traditional ones that have been the cornerstone of therapy for depression.

It is thought that these results may mean that those people who ruminate may simply not do well in this self-help format. Where a person has to identify negative patterns of thinking and then challenge these thoughts may best be done under a professional counsellor.

Still, it is too soon to say if the results would have been the same in participants who aren't students. The study is, however, definitely one to suggest we need to look further at how the self-help market affects people at risk of depression as well as those who already suffer from depression. These recent results suggest that if you are at risk for depression or already suffering from depressive symptoms, you should approach self-help books with caution.

Instead, it is probably prudent to look at professional resources such as a registered professional counsellor or psychologist. Cognitive-behavioural counselling has shown significant success in treating depression but this is when it is done under the guidance of a trained counsellor – not through a book.

Treating Depression With Nutrition
Share Your Story, Join the Discussion or Seek Advice..
I just wanted to express my thanks to you for sharing all the helpful information on your site. I'm printing it out now and tabbing it in a folder so I can use it like a workbook. My intention is to keep my notes / observations on a regular basis, with each relevant page.My plan of action is to go back through it often - weekly initially - to see how my feelings change and ensure I'm still following the advice. I'm pretty disorganised schedule-wise, so I'm going to set a reminder to do this on my phone - and no excuses when the bell tolls! Thanks again :D
gmc - 8-Jan-12 @ 5:35 PM
Title:
(never shown)
Firstname:
(never shown)
Surname:
(never shown)
Email:
(never shown)
Nickname:
(shown)
Comment:
Validate: