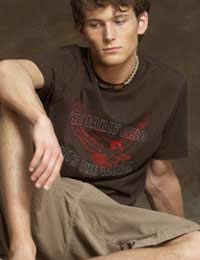 Although both men and women experience depression research has suggested that they feel it in different ways and may have varied ways of coping with the symptoms. In addition, the priorities and lifestyles that young men have can be very different from their older counterparts. Young men are often coping with the new and overwhelming challenges of university and relationships and their circumstances mean that depression must be addressed to the unique needs of young men.

Statistically, more women attempt suicide but more men are actually successful in suicide. It is thought that this is because men tend to use more obviously lethal suicide methods such as using guns, while women are more likely to make attempts with an overdose, for example. For this reason and the fact that the signs of depression are more likely to go unnoticed in young men, it is important that depression in young men is specifically addressed.

How Young Men Cope With Depression

Young men tend to deal with depression differently than women. They are more likely to engage in reckless behaviour such as heavy drug and alcohol use. This behaviour is sometimes seen as 'normal' for young men and isn't taken seriously as a sign of depression. Men also tend to experience exhaustion, annoyance, lack of interest and motivation in friends and work, while women are more acknowledging of feelings such as sadness, anxiety and poor self-esteem. There is a stereotype of the depressed person crying, sad and withdrawing from friends but this is often not the case for men. Young men are much more likely to keep feelings secret and show aggression and frustration in dealing with the symptoms of depression. They may pretend that things are fine and that their feelings are just a mood that will pass soon enough. Other common symptoms of depression in men are:

Alcohol and drug use can be more pronounced for men who suffer from depression and it can further mask symptoms of depression although long-term, will usually exacerbate them.

In many cultures, including our own, it is often seen as unacceptable for men to show emotions such as fear and sadness. This can be a particularly difficult barrier that prevents men from speaking out about depression. In addition, there is an intense pressure for men to be successful, particularly as monetary providers in a family. Men are also less likely to see a doctor about depression and when they do, are not generally as direct about symptoms compared to women. Further compounding the problem for accurate diagnosis of depression in men is that medical professionals themselves are often less likely to make a diagnosis of mental illness.

Some doctors are also careful and hesitant to diagnose a young man with depression for fear of providing a 'label' that perpetuates the depression. In young men, depression may also coexist with other mental disorders such as anxiety and drug or alcohol abuse. Also, when depression strikes in young men, a worrying outcome is that the risk for lingering social relationships and poor self-esteem continues even after the depression has been treated. This means that the risk for drug and alcohol abuse, for example, tends to remain as well as go unrecognised.

From a pharmaceutical perspective, young men are generally treated similarly to other groups but from a psychological perspective, they have special needs. Antidepressant therapy is commonly prescribed and your doctor may recommend one of the main classes of antidepressants. These are:

One area pertaining to young men is that recent research has raised concerns about a possible link between antidepressant use and suicidal thoughts in young men. This isn't to say that antidepressant therapy isn't effective in young men, but only that the potential for adverse effects should be monitored carefully by your doctor. If you do find you are experiencing new suicidal thoughts after commencing medication, alert your doctor immediately.

Another treatment focus that can be helpful for young men is cognitive behavioural therapy. Research has shown that this form of therapy can help young men to adjust negative ways of thinking into positive ones, which can increase confidence and help men feel less pressured and negative about their abilities. Therapy can help young men to understand their feelings and equips them with the skills to better handle their depression.

If you are a young man, it can be difficult to acknowledge that your feelings have gone beyond just sadness and that you are depressed. It may be tougher still to reach out and admit that you do need support and assistance. Fortunately, the resources are there for treating your depression and it is hoped that you are able to take that first step in reaching out for help.

Depression and Bullying
Share Your Story, Join the Discussion or Seek Advice..
For more than 25years now I have been facing a very serious depression such as lost of parents, financial protocols, serious illness,sleep disorder,dropping out of school because of financial issued has really put me in the stage of coma
st. Dominican - 1-Feb-16 @ 6:41 PM
Title:
(never shown)
Firstname:
(never shown)
Surname:
(never shown)
Email:
(never shown)
Nickname:
(shown)
Comment:
Validate: