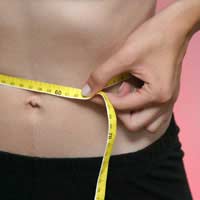 Changes in the Brain

Your nervous system works together with your endocrine glands to produce hormones that play important roles around the body. These roles included regulating a large number of functions such as the growth of the body as well as appetite, sleep and mood.

If the system experiences a disruption or problem of some kind, changes in appetite regulation and emotions can occur. In particular, problems with chemicals in the brain that transmit messages between nerve cells can disrupt how a person thinks and feels along with their eating patterns.

Other changes we see in people who suffer from eating disorders such as anorexia nervosa in conjunction with depression are that they sometimes show raised levels of cortisol, a hormone that is released as part of the body's stress response. Cortisol also affects appetite, thinking and a person's mood and emotions.

How Poor Nutrition Affects Your Body

Another thing to consider is that depression may not necessarily occur directly alongside an eating disorder or even from the same cause. Changes in the body that occur when a person is malnourished from a poor diet that is low in variety and calories could lead to depression.

Amino acids that form the building blocks of protein as well as other nutrients are important to sustain neurotransmitter and hormonal functioning throughout your body. A lack of vital nutrients can lead to lower production of serotonin. The result may be that your moods are unstable and low and thinking is affected as well. The changes can further make eating patterns more unstable, perpetuating the eating disorder and depression in a vicious cycle.

While it might be assumed that all those with eating disorders are depressed, this is not the case. Eating disorders can emerge following many factors, including genetics and environmental triggers. They may stem from control issues and can involve feelings of sadness but this does not automatically equate to clinical depression.

Help for Depression and Eating Disorders

Because major depression is linked to eating disorders, most kinds of treatment for eating disorders will also help to treat depression. Treatment may involve medication, counselling or more likely a combination of the two approaches. In fact, there has been research to suggest that the increase in appetite that occurs with some antidepressants can be helpful for those struggling with anorexia nervosa or purging disorders.

The important thing is to seek help. The longer a person suffers from eating disorders and depression, the more challenging it is to successfully treat the conditions. Speaking to your doctor is the first step. It can allow you to get in touch with specialised treatment centres and professionals who can help you overcome your depression and eating disorder.