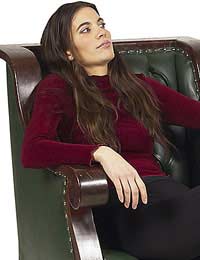 Major depression is a type of depressive medical illness that is both persistent and has an enormously detrimental effect on a person's thoughts moods and functioning. It is also one of the leading causes of disability in developed nations. Major depression is actually a depression subtype and others include ones such as seasonal affective disorder, dysthymia and bipolar disorder. Bipolar disorder actually involves two phases and one of these is depression. Depression is not simply a passing low mood that comes as a reaction to the normal and common ups and downs in life. It is a severe and chronic mental illness that not only affects the sufferer directly, but also his or her friends and family.

Who Gets Major Depression?

Major depression occurs almost twice as frequently in women as opposed to men. Over half of all people who suffer from one depressive episode will have additional episodes once or twice a year. It is also often seen in the elderly cohort and can occur in children, although to a lesser degree.

People who suffer from major depression usually feel sad, hopeless and unhappy about their lives and the future. They may cry a great deal or feel dry-eyed and numb to the world. The symptoms of major depression are usually intense in that they prevent a person from functioning in any normal capacity. Their home lives suffer, as do their careers, education, relationships and person feelings of worth and self-esteem. They may suffer from physical symptoms such as headaches, body pains and stomach discomfort. Other symptoms common to major depression are:

When major depression is left untreated, the symptoms do not usually abate and tend to increase which can eventually lead to suicide.

There is no one definite cause of major depression. It is thought to result from physical, psychological and environmental factors. The neurotransmitters known as serotonin, noradrenalin and dopamine are believed to play a role in depression. Neurotransmitters are important in regulating mood and various other important functions. When an imbalance of neurotransmitters occurs, it is believed that depression can result. Genetics are also linked to depression, so if you have a familial history of depressive illness, you may be more vulnerable to the illness. Certain traumatic life occurrences such as persistent stress, bereavement, job loss or divorce may also precede depression. Other people may find that a medical illness such as cancer triggers depression. For some, there will be no identifiable trigger or cause and this can make depression more frustrating to treat, because the sufferer wonders 'how did this happen?'

Major depression may occur only once, especially if it is preceded by an intense and traumatic event and responds to treatment, and it may then never occur again. Some people, however, will have recurring depression, where they have depressive episodes with periods of respite in between.

What Treatments Are Used?

Many different treatments are used to treat major depression. Due to the severe symptoms of this depression type, there is often an immediacy to provide effective treatment as quickly as possible. Antidepressants are commonly prescribed and a doctor may also recommend psychotherapy. Cognitive behavioural therapy has been found to be particularly effective in treating major depression. Most people with diagnosed major depression will respond well to treatment and can expect an improvement in their symptoms. Some people find that treatment is a lifelong challenge but with lifestyle adjustments, medication or talking therapies, they are able to enjoy life again.

Depression and Bullying
Share Your Story, Join the Discussion or Seek Advice..
Hi!! I m sufffering 4m moderate disorder and 4m the moment I got to knw about this I am feeling more depressed!! So could you please help me to overcome this order?? Please its my humble request!!I
gunn - 2-Jul-12 @ 1:30 PM
Title:
(never shown)
Firstname:
(never shown)
Surname:
(never shown)
Email:
(never shown)
Nickname:
(shown)
Comment:
Validate: