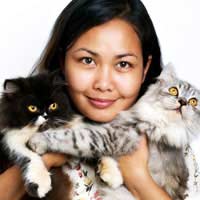 When many of us think about the concept of depression, we are likely to think about people dealing with a difficult health condition. Most of us give little thought to other animals and perhaps would not imagine that they too can become depressed. The reality, however, is that animals are thought to suffer from depression, although the symptoms manifest themselves differently than they do in humans.

If your dog is suffering from symptoms such as withdrawal, loss of appetite and seems to be regularly acting out of character, a visit to the vet may be in order. Dogs who are considered depressed may also show anxiety and nervousness around other animals or other people. This is not to be confused with the normal personality of a dog.

Some animals are naturally nervous and it is only when you observe unusual behaviour that you may want to consider seeing your dog's veterinarian. Dogs can also suffer from separation anxiety or withdrawal after abuse. This may be the case if you have recently acquired your dog from a shelter, for example.

There is one particular drug treatment that was approved for dogs. It's the animal version of the human drug fluoxetine that is used to treat depression. Traditionally, it was given off-label by veterinarians. This is a controversial practice but not an illegal one. It means that although the drug had been approved for depression in humans, it hadn't in animals but was still prescribed for dogs.

Now, however, a study on the drug in dogs has led to the approval of the drug Reconcile, which is basically just a suitably flavoured, palatable dosage of the drug geared for use in dogs. It has been approved recently for use in the United States and now, Canada is set for its entrance this year. Thus far, it is not available in the United Kingdom.

It is particularly riddled with debate because many people think it is absolutely ludicrous to give an animal an antidepressant. They cite that we are a drug-obsessed society that is intent on using medication to solve anything and everything. Instead, they say that non-drug methods will treat behavioural and emotional difficulties in dogs.

Indeed, some opponents to Reconcile believe that dogs simply do not experience depression at all like humans do, which means that using drug treatment is inappropriate. Others say that dogs respond favourably to the drug, indicating it is useful for treating some dogs with depression.

Non-Drug Treatment for Depression in Pets

For many dog owners, non-drug treatment is preferable, either initially or long-term. Some of the complaints against Reconcile, in fact, are from dog owners who believe that animals who are neglected or mistreated and thus 'act out,' will be labelled as depressed or seen as having behavioural problems when, in reality, they are simply responding naturally to a poor environment and neglectful owners.

Walking your dog regularly is important, not only for your dog's general physical health and prevention of obesity and disease, but because it provides mood boosting benefits just as exercise in humans can really perk up mood. Cuddling your dog and avoiding forms of chastisement that include hitting can also help to keep your dog disciplined but similarly healthy.

In addition, some owners feel that feeding your dog a healthy diet with a dog food that includes a wide range of nutrients is beneficial. They cite that it is best not to give a dog treats, especially sweet ones, because these can affect a dog's mood.

Ultimately, most pet owners are responsible and want what is best for their pet. If your pet is acting in a way that is unusual, the first step is to see a veterinarian. Natural approaches are ideal and should be considered first to see if they are successful. Drug methods should only be taken after careful and cautious consideration. Hopefully, your pet will respond favourably and feel much better, which will leave you a relieved dog owner who can better reap the joys of having a dog.